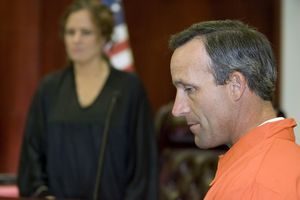 After more than four (4) decades of representing individuals who are charged with crimes by the State and Federal governments, I have reached several conclusions about most individuals who must answer to charges, both true and false.

a) The average person does not understand the process and thus is intimidated by it
b) Most people are not aware of the consequences and punishment for the particular crime with which they are charged
c) Since people typically have not thought about being arrested and charged with a crime, they haven’t contemplated about the work required by an attorney to defend them against the charges involved

I take the mystery out of criminal defense by explaining the various stages, elements of the crime(s) for which the Client is charged, procedures, evidence, issues and cost of a vigorous defense. I have defended people accused of:

Please contact me today to schedule an appointment for a free half hour initial consultation. Call 678-366-0730 and get the lawyer you need. 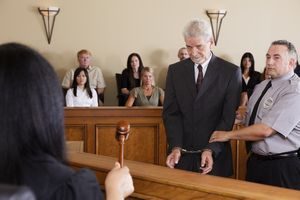 The typical scenario for child sex abuse cases involve  a child making a statement to a mandated reporter, such as a teacher, nurse, doctor, psychologist by reporting an incident. The child submits to a forensic interview. The interview should be conducted using a specific protocol.  It is videotaped.

To defend such an accusation the attorney having an expert analyze and critique the forensic interview. There have been instances during an interview when the interviewer would use what is referred to as the “neuter doll.” This doll is naked but the sexual parts are not depicted. The typical question used is: “Where did Daddy touch you? Can you point to where he touched you?” Or something similar. Over time the interviews have become more sophisticated.

While there are many bona fide accusations, there are also literally hundreds of thousands of false accusations. The effect can be emotionally and financially disastrous to the person who has been accused. Sometimes the child’s testimony is obtained during an interview by using improper techniques. Sometimes such accusations are used by a party in a divorce case as a posturing tactic regarding custody. I use expert witnesses to identify those issues.

Child molestation cases cut across social and financial strata. A sexual crime against a child is an emotional and complex case to defend. I have the experience and knowledge to defend these types of cases.

If you ingest a controlled substance (including marijuana) during pregnancy, you can be placed on the Child Abuse Registry for life. I am familiar with the handling of such cases.