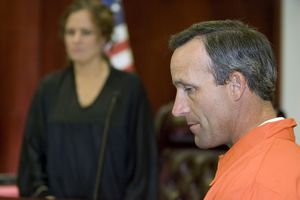 A Temporary Protective Order (TPO) occurs when a person obtains a court order to keep someone else away from him or her. In the cases (may involve allegations) of physical abuse, harassment, threats, and stalking etc. A TPO is a Court Order, and for those on the receiving end, the consequences of a TPO are very tough. In many cases, the TPOs are justified, and I can guide you through the process of getting them issued to protect you against someone who is threatening, abusing or harassing you. Domestic violence is an extremely serious issue. I work quickly with clients ensuring safety from abusers. I have extensive experience with the TPO process from filing procedures to working with the courts providing the outcome that you need. Contact me to file a TPO if you are experiencing physical, emotional or psychological abuse and wish to stop the cycle of abuse. Being on the receiving end of such a TPO is very strenuous emotionally, physically, and have significant consequences in divorces, particularly when custody, is at issue. I’ve seen people kicked out of their own homes with a moment’s notice with the clothes on their back and not much more. I will guide you through the process, tell you what to expect and then I will defend against the issuance of a six (6) month or twelve (12) TPO.

If you have been served with an application of a Temporary Protective Order. I have represented many clients who must defend an unjustified TPO, a false accusation used as a strategy in divorces to gain temporary custody and to paint one parent as a bad parent. Unfortunately, making a false accusation to get a frivolous TPO occurs quite often.

TPOs are issued “ex parte,” meaning the accused is not present to defend himself or herself before a judge when it is issued. In the meantime, the accused is typically removed from his or her own children, home, belongings, etc., paying for a hotel and a home simultaneously.